Did you know? - The concept for Doritos originated in the Casa de Fritos (now Rancho Del Zocalo) restaurant in Disneyland, California, during the early 1960s! Using surplus tortillas and taking the original idea from the traditional Mexican snack known as totopo, the company-owned restaurant cut them up, fried them, and added basic seasoning, resembling the Mexican chilaquiles, but in this case being dry. Arch West was the vice president of marketing of Frito-Lay at the time, and noticed their popularity. He made a deal in 1964 with Alex Foods, the provider of many items for Casa de Fritos at Disneyland, and produced the chips for a short time regionally, before it was overwhelmed by the volume, and Frito-Lay moved the production in-house to its Tulsa plant. Doritos were released nationwide in 1966, the first tortilla chip to be launched nationally in the United States!

DORITOS® isn’t just a chip. It’s fuel for disruption — our flavours ignite adventure and inspire action. With every crunch, we aim to redefine culture and support those who are boldly themselves.

Are you ready? If so, crunch on. 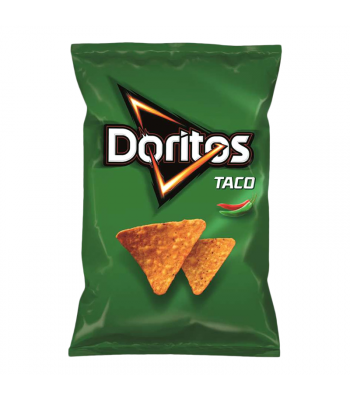 If you're looking for a tasty snack, then these Taco flavoured Doritos will satisfy your cravings! Crunchy, crispy and great on their own or pair them with a dip for an indulgent snack.Product of the ... 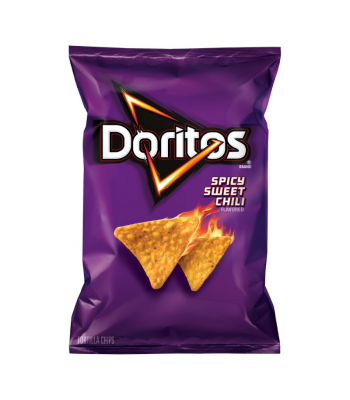 If your tongue is torn between choosing spicy or sweet, give it a delicious tango of Doritos Spicy Sweet Chili flavoured tortilla chips.Each bite is a mouth-watering, tooth-rattling crunch of deliciou... 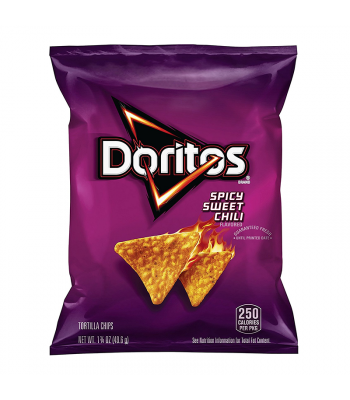 Some say Doritos are only for the bold. Intensely flavoured, crunchy, triangular shaped chips that are just waiting to be loaded with dip.Doritos Spicy Sweet Chili Corn Chips are a great tasting sweet... 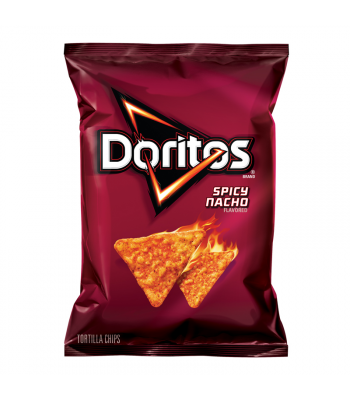 Doritos Spicy Nacho tortilla chips deliver everything you love about Doritos but with a spicy nacho kick! The nacho cheese flavour you love, now spicy!Imported from the USA.... 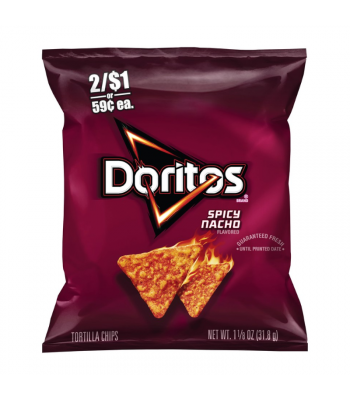 These Doritos from the States pack the flavour of spicy nacho into every crunchy bite! They're a little fiery with loads of flavour for a delicious snack that's great on its own or can be elevated wit...

A perfect snack for parties, this big bag of Doritos will satisfy all your friends and family with its bold taste, packed with flavour! Why not store a bag in the cupboard for whenever a last minute p... 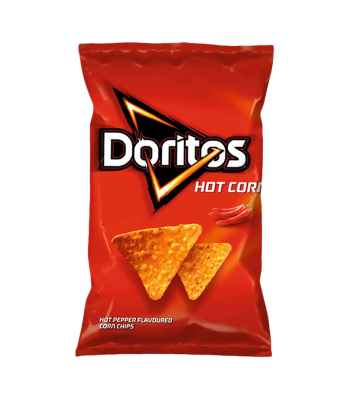 If you're looking for a tasty snack, then these hot pepper flavoured Doritos will satisfy your cravings! Crunchy, crispy and great on their own or pair them with a dip for an indulgent snack.Product o... 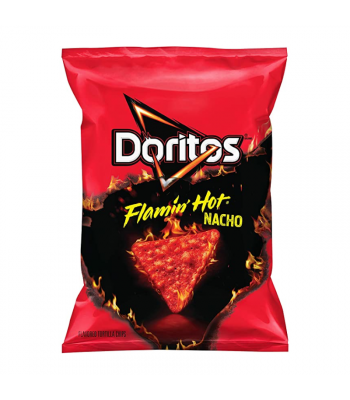 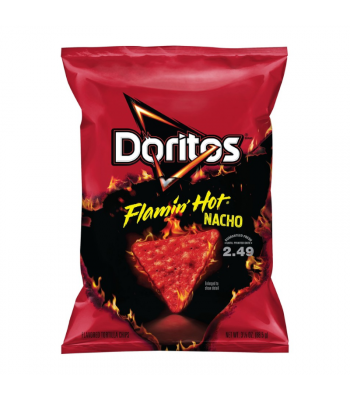 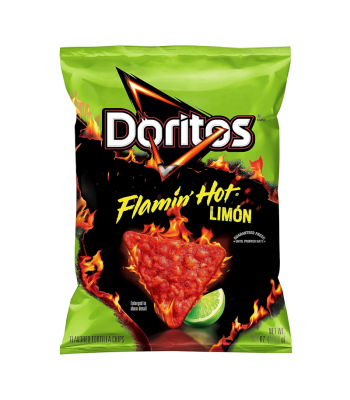 Chilli + Lime flavour snacks seem to be popping up everywhere after the rise in popularity of Takis Fuego rolled tortilla chips and now everyone is jumping on board, including DORITOS®! Be amongst the... 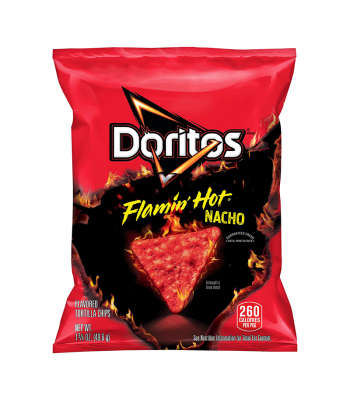 All the quality and taste you've come to expect from Doritos is packed into these Flamin Hot Nacho Corn Chips. Crispy Tortilla chips that are too hot to handle - perfect for spicing up party buffets o... 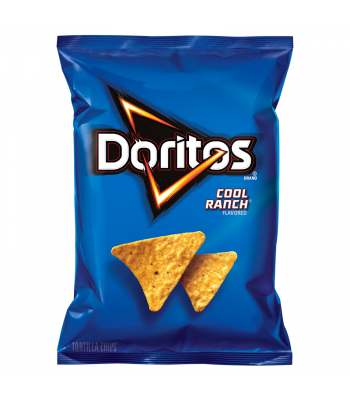 Doritos are the perfect snack to satisfy those hunger pangs and these crunchy tortilla chips are packed with cool ranch flavour! For a little something extra why not team them up with a Doritos dip - ... 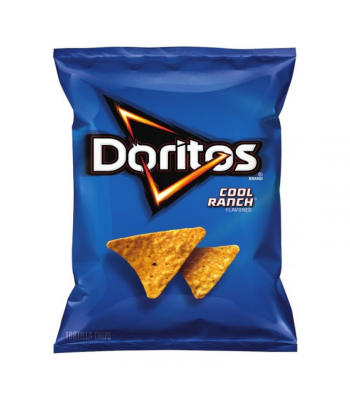 The DORITOS brand is all about boldness. If you're up to the challenge, grab a bag of DORITOS tortilla chips and get ready to make some memories you won't soon forget. It's a bold experience in snacki...